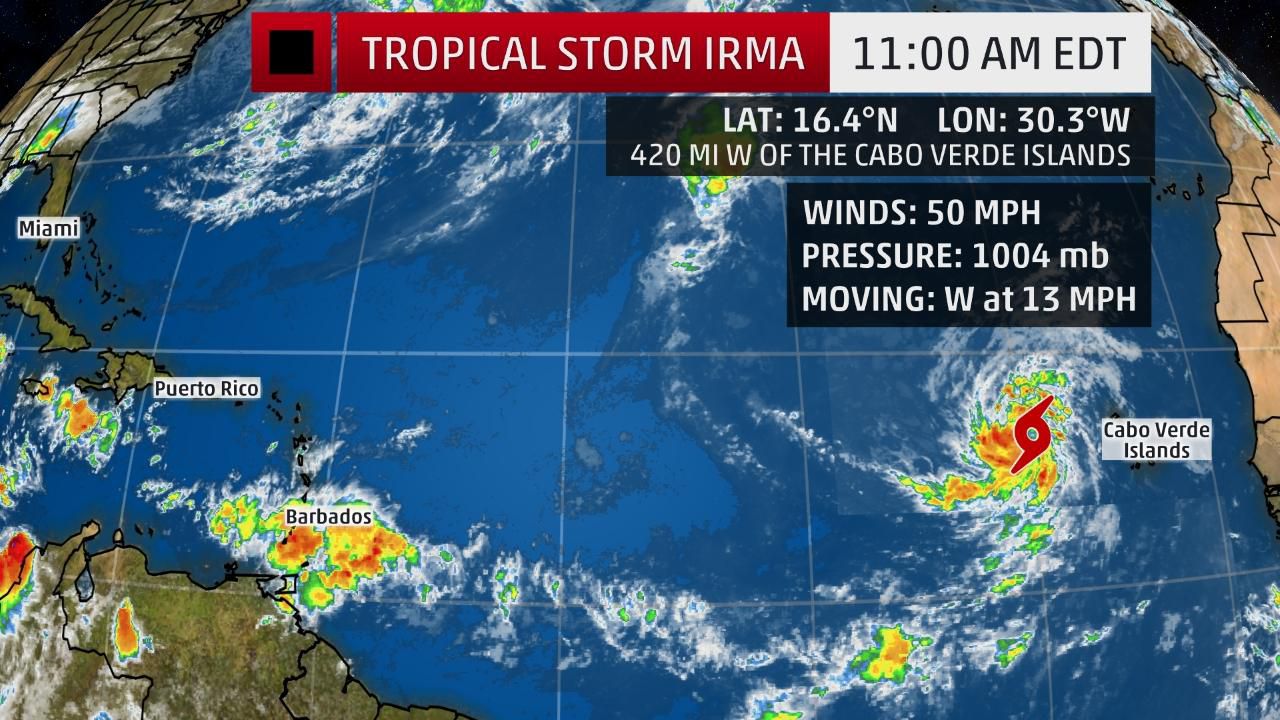 Tropical Storm Irma has formed in the eastern Atlantic Ocean where it's likely to grow into the fourth hurricane of the season.

Irma presents no immediate threat to any land areas, but that could change as we look further into the future.

The center of Irma is located about 420 miles to the west of the Cabo Verde Islands, and is moving west at 10-15 mph.

For the next five days, Irma will continue its general westward movement on the south side of a ridge of high pressure called the Bermuda high, which is centered in the central Atlantic.

Irma should move through a portion of the Atlantic Ocean where upper-level winds are mostly favorable for intensification the next few days. The only hindrance to Irma's organization is some dry air to its north and west.

The National Hurricane Center says that Irma could strengthen into a hurricane as soon as Friday.

Irma will not reach the longitude of the Lesser Antilles (eastern Caribbean) until the middle of next week.

It's far too early to determine if this new system will pose any threat to the Lesser Antilles and if it will eventually ever pose a threat to other locations, including the U.S.

Check back with weather.com for updates on Irma through the weekend ahead for the very latest. We will be updating our coverage of Irma frequently based on the latest forecast guidance for its future track and intensity.

This is the first time the name Irma has been used for an Atlantic tropical storm or hurricane. Irma replaced the name Irene after it was retired for the damage it caused in the Bahamas and the U.S. during the 2011 hurricane season.