The Equifax data breach and your taxes: Why you should file early 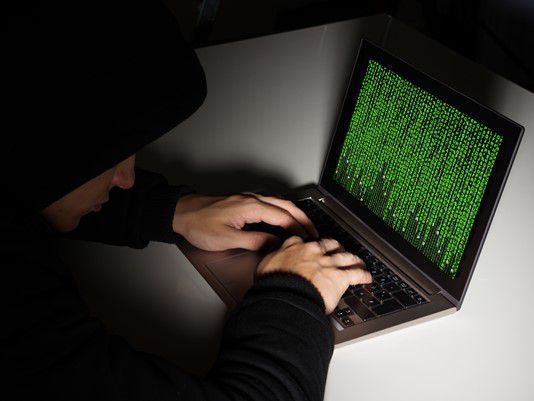 You may have April 17 marked on your calendar, but this year consider setting a new target date as Tax Day: Jan. 29.

The IRS will begin taking returns that day.

Tax professionals say it’s a mistake to wait to file until the April deadline because of concerns including the prevalence of tax return fraud as a result of the data breach at Equifax, one of the major credit reporting agencies. In 2017 cybercriminals were able to gain access to personal and financial information for about 143 million U.S. consumers from the agency's system.

“Tax ID theft is a huge problem,” said Steve Weisman, a law professor at Bentley University and expert on scams.

The good news is filing taxes can be easier and more automated than ever before. More than 127 million people filed their taxes electronically during last tax season, choosing to send the information in an instant, rather than stand in line at the post office.

In total, the IRS expects about 155 million individual tax returns to be filed in 2018.

Here are five reasons to file as soon as possible.

1. Protect your refund from scammers.

The average refund was $2,782, up $32 from the year before, according to the IRS. The majority of the 108 million people who qualified for a tax refund in 2017 — an estimated 80 percent — opted to have that money directly deposited into a bank account.

When someone files a fraudulent return with your Social Security number, you’ll get your refund eventually, but it may take months. You can avoid that headache by filing first.

“The one thing that will work and keep you from being victimized is filing early,” Weisman said. “File early and use a secure Wi-Fi.”

Since 2015, the IRS has been punching back hard against refund fraud, including identity theft. The IRS flagged 4.8 million suspicious returns that year and over the year stopped $8 billion in false returns filed with stolen identities.

Keeping your own money safe is vital, but filing early can make fraud more difficult for crooks, which benefits all taxpayers.

“We know a lot about these criminals,” Weisman said. “[....] Gangs are getting into fraud. They work out of hotel rooms where they use Social Security numbers that they sometimes steal, sometimes buy. The government loses billions of dollars a year.”

Cybercriminals are stockpiling the names and Social Security numbers they have collected, said IRS Commissioner John Koskinen in a statement.

“We know that cybercriminals are planning for the 2018 tax season just as we are,” he says in a statement. “They try to leverage that data to gather even more personal information.”

3. You probably don’t have to deal with the new law yet.

A survey by Liberty Tax finds that 78 percent of 1,000 people polled were at least a little concerned about how the new tax law would affect the taxes they owe in April. Perhaps their worries may lead them to procrastinate filing their taxes.

But the vast majority of tax reform changes won’t apply to the returns filed for 2017, meaning the 50 percent of people who told Liberty they are concerned that the new law means they’ll owe more in April 2018 are worrying unnecessarily.

4. Know earlier what you may owe.

The IRS estimated 13 million people filed extensions last year, but that’s just an extension to file the paperwork. You must make an estimated payment of what you owe by April 17, and any late payments are subject to interest charges.

“If you are going to owe money, it’s better to know that sooner, rather than later,” said Melissa Labant, director of tax policy and advocacy for the American Institute of Certified Professional Accountants. “Surprises aren’t good.”

Though tax reform rules won’t impact you this year, nearly one-third of 2018 will be gone before the tax deadline on April 17.

“Make an appointment (with an accountant) as early as you can. Particularly this year, there are significant changes. A lot of the decisions that you make during this year will affect your return next year and the next,” said Labant.

Diligent record-keepers who have itemized their spending for years may find that that approach isn’t useful under the new tax rule. People who pay high state and local taxes may not be able to count all those payments as deductions. And small business owners may be eligible to deduct a portion of their income.

Each situation is different, Labant says.

MagnifyMoney is a price comparison and financial education website, founded by former bankers who use their knowledge of how the system works to help you save money.